The largest apartment within the project, it is 112 m² and has been tastefully and thoughtfully renovated.

It has two bedrooms (with the possibility of three), a luxury kitchen with adjacent space for a dining area, gas fireplace and three windows with a beautiful view over the canal. Both bedrooms have an en-suite, with the main bedroom benefiting from a bath tub, two basins and separate shower. 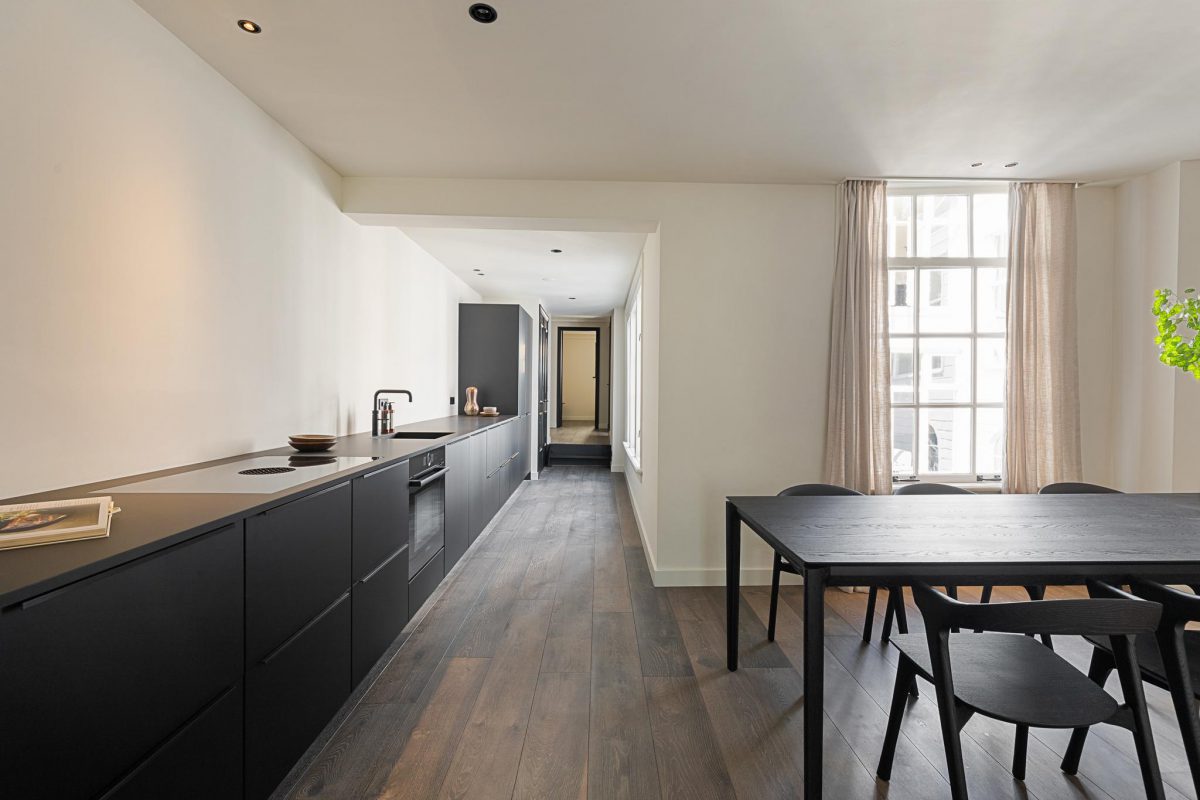 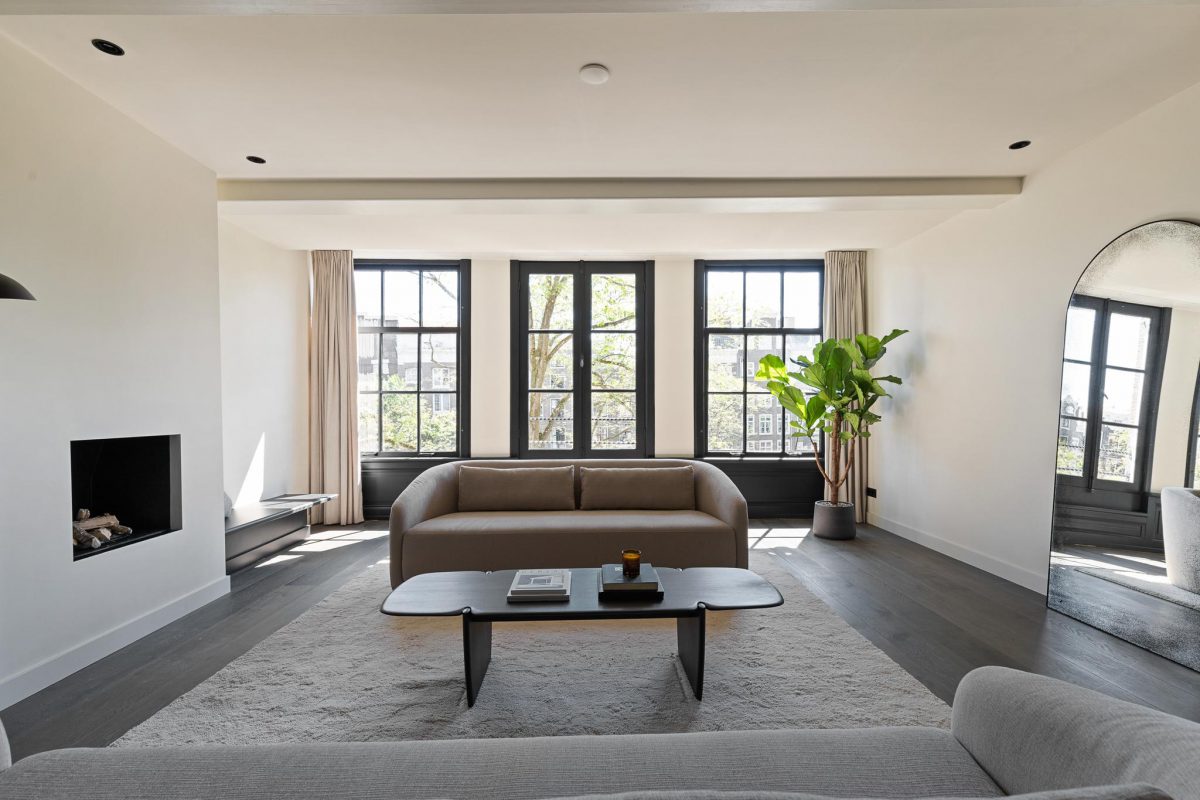 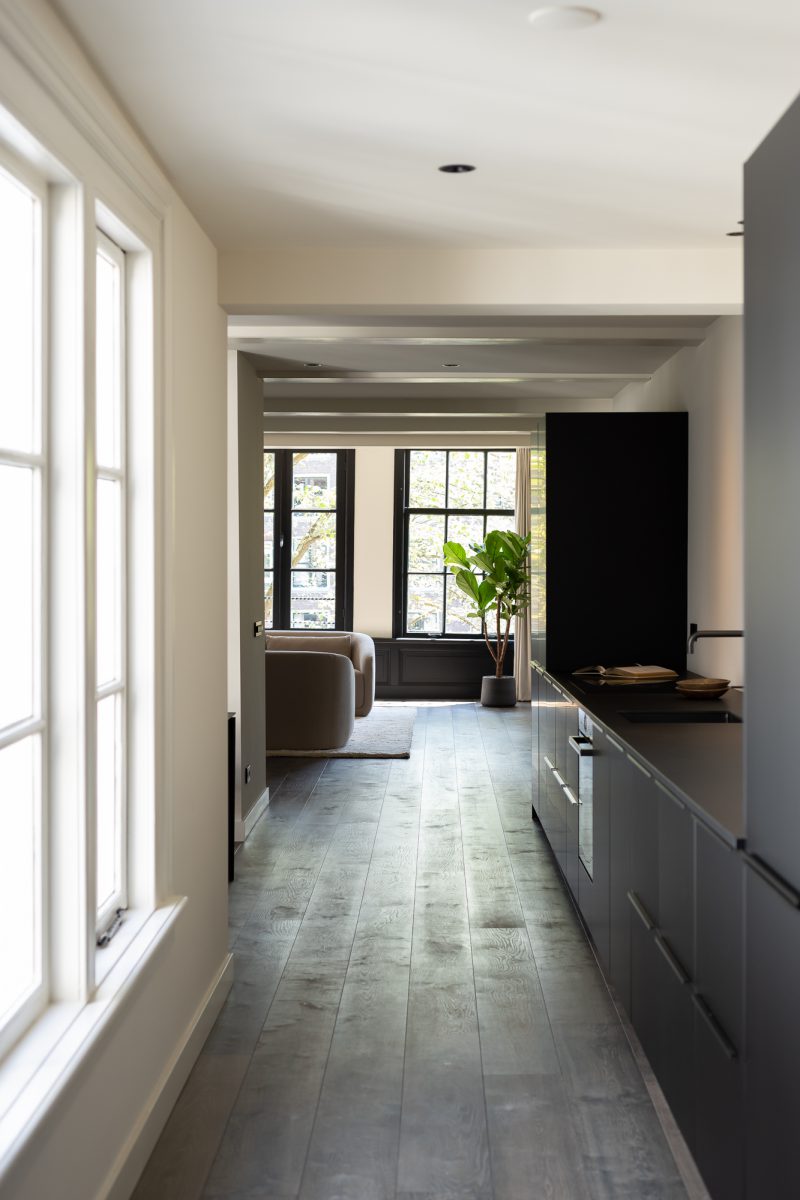 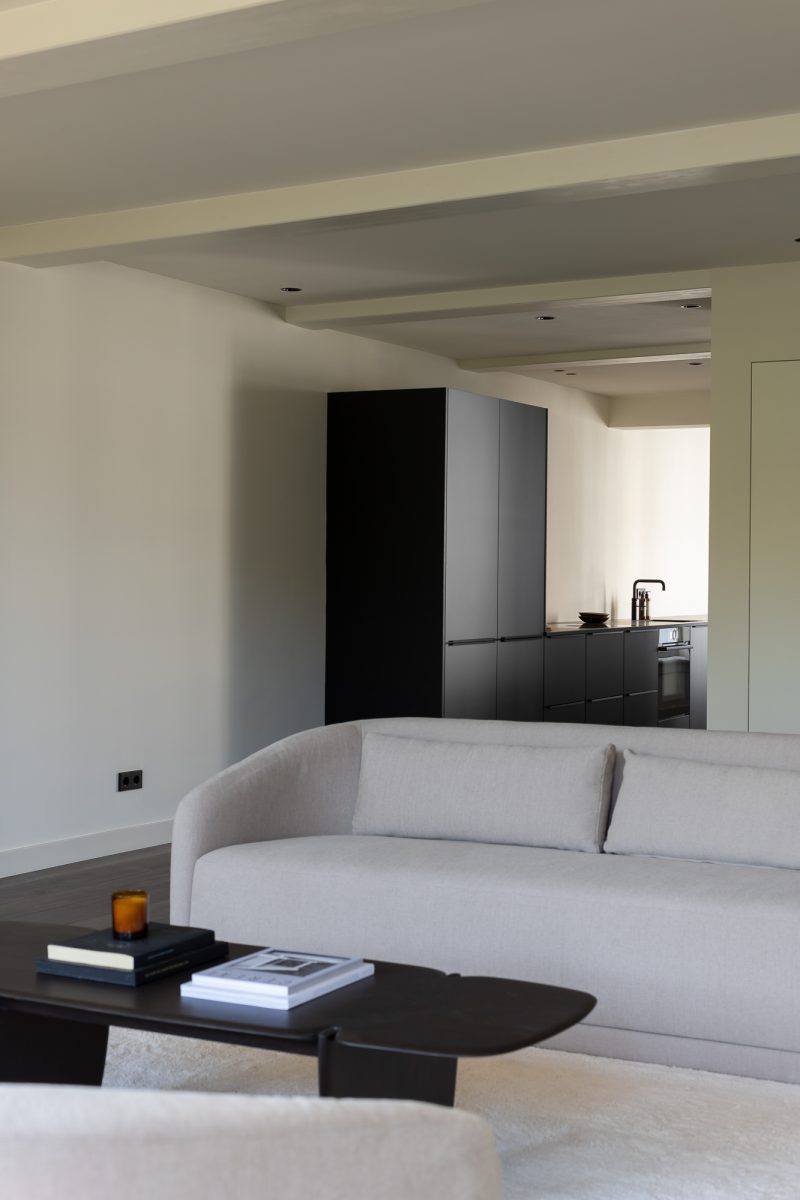 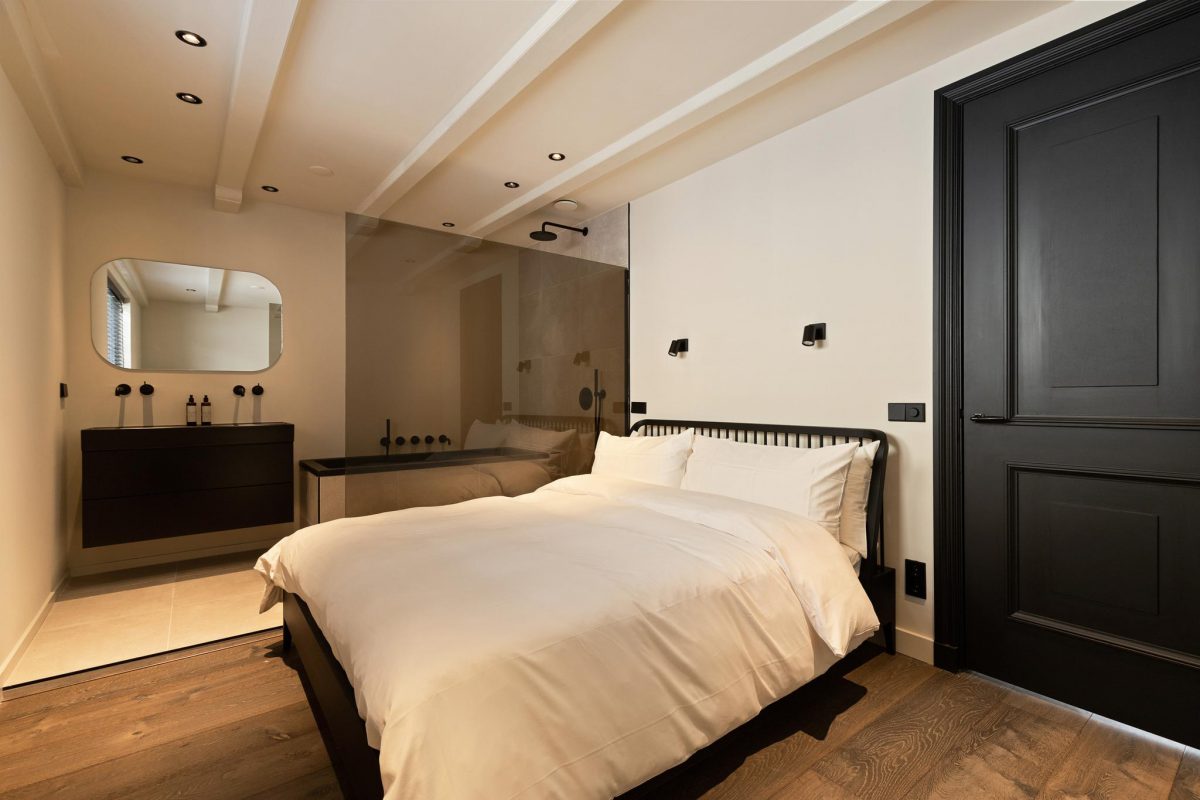